View the submission page for this entry
Support This Game

Silhouette is a short, story-driven game about the journey of Noah to find his missing memory in the world of the lost and broken.

I really enjoyed playing this game! Other than a few grammar errors, you conveyed a melancholy tale of acceptance, development, and letting go in order to move on. The backgrounds were stunning and very aesthetically pleasing and helped contribute to the peaceful and sad atmosphere. May I ask what inspired you to create this game? Great work!!!!

I loved Night In The Woods and it along with some of my personal thoughts and feelings really made me want to create this little game!

I'm very happy you liked it! Thank you so much for playing and I really appreciated the feedback!

Reply
The Planetary Courses36 days ago(+1)

I’m floored to experience this adorable little game! It’s gorgeous and inspiring, grief-stricken and beautiful. Every aspect of this game blends together so well, in the best way I can describe it: poetic. It all feels real and part of a grand story of change, acceptance, and letting go. Easily one of my favorites in this jam <3 Please continue making games!

Thank you so much for playing!! I really glad you like it <3

Joining my first game jam, I'm so glad I can see games like these! The environment, the atmosphere, the story, the colors, and the music are done well, and they complement each other so well in this, resulting in a beautiful game!

One thing I noticed, I really liked how the progression of the story is, I don't know what's the word but something like, 'tied' to how the environment and background is progressing. (Spoilers for anyone who hasn't played) It shifts from this 'safe haven' where Noah starts, a sunny circular environment, to a zig zaggy area in which the sun is setting, to a desolate, dark 'rectangular' area with the crescent moon (to a full moon when Noah met Violet), to then a desert with a green horizon, until Noah reaches the end, when the aurora/northern lights is present. I like to think that Noah trying to find his missing part of himself is sort of like trying to find a good viewing spot of the aurora/northern lights (if finding northern lights is difficult or not like Noah spends over half a year trying to find a part of himself, not sure, just assuming). I could be over-analytical but I just really liked how the environments and background varied from each section of the game.

Looking at the story, I loved it, especially the characters! Each character was an important and unique part to the story, and each one has their little lesson/message to convey to the player. (Spoilers) Sid helped guide Noah to the dangerous part of the world, but the underlying reason was to try to convince Noah to stay away from that place so he would at least have one friend that hadn't fade away to stay with him/her. Violet kept Noah company in his journey in finding a crucial part of himself that without it, made him feel worthless. As Noah voiced these issues, she reassures him with hope. (Out of curiosity, I searched up one of the meanings of Violet's name, I could be over-analytical again but I thought this was really cool since it's related to Violet's talk about hope and such ~ Violet " is a reflective color, which allows us to get in touch with our more profound thoughts.") Then there's Noah, determined to find this crucial part of himself. Despite being unable to leave the world, (the character development is sick btw) he goes from this restless and determined individual to eventually stopping, finding himself in peace. At the end, despite all the sacrifices he made (leaving Sid and Violet), his journey ends knowing that he wasn't worthless, and was able to fade away peacefully (Another note, I also looked up the meaning behind Noah's name, meaning "rest, peace"). Again, all of this stuff could be just me being over-analytical, but I can't help but love how well-written the story and characters were!

That's all for this comment. TL:DR, I really loved the story was progressed and the unique characters, enough that I made two paragraphs of me (over) analyzing the story. The visuals and sound of this game was amazing too! Really adds to the atmosphere of the game. For criticism, I don't have much to say other than there are a few grammatical errors, and that at a certain part of the game, the background stars overlapped the middle part of the black trees. Other than that, great game!

Thank you so much for playing and writing this beautiful comment! It truly means so much to me. Making this game had been a very special experience to me personally and I can't express how happy and thankful I am for your kind words!

I really like the art style it looks amazing

[EDIT] : ❤︎ Also it inspired me on making my first game too ❤︎

Thank you so much for playing! I really appreciated the feedback and I'd love to add more to the game in the future!

I'm very happy my little project help inspired you to start making games! I can't wait to see what you'll come up with and share with the world!

This world you created is so eerie, and lonely, i'm mesmerized by its athmosphere. And what a touching, somewhat philosophical story. Noah journey is very intimate and I enjoyed immensely walking with him, even though the ending is heartbreaking.
Amazing job, thank you for sharing it!

Thank you so much for kind words, it really means a lot to me! I'm really happy you enjoyed it!

Wow, I have to say, this game really makes my jaw drop. It's amazing, the artwork, colors, music, and designs is just so stunning, I couldn't take my eyes off of it!

Especially with your colors, it really is very aesthetically pleasant to the eye and atmosphere while the music is such a beautiful compliment to bring us into the emotional journey Noah embarks to find his whole.

The story was definitely amazing to read and I really felt a lot of things for Noah and his motivation, hoping that Noah would come to a satisfying conclusion for himself.

The game-play isn't complicated, but simple and very straight-forward (the vanishing trees were a little nice touch, I'd have to say), which is nice since this is a story-based game.

This was an amazing job! I was really hooked!

Thank you so much for playing! I'm really happy you enjoyed it!

I'm so sorry I don't speak Spanish so I hope I got it translated correctly.

tanks you so much sorry fol my inglish

Thank you so much for playing!

Hey ! The game and the art style is really awesome along with the attention to all small details and the story was very heartwarming and emotional too . Overall it was a great experience for me !! Thanks for sharing this beautiful story.

Thank you so much for the kind words! It really do means a lot to me! I'm really glad you enjoy it!

Oh my, I don't think you know how pleased my inner game designer is that the protagonist actually tilts their body when they are moving up or down the hills. It's such a small detail, but it definitely seen when you don't do it.

I'm so curious, how did you make the player? It looks like 2D Unity, but I don't know if the art is tricking me, it feels like 3D as well.

Speaking of art, it's beautiful. From a first look, it looks simplistic, but once you look closer you realize the detail that's put in and how well it fits with the area. The colors chosen, the way the lights hit each area.  I thought I was just playing one of those indie classics at some point.

The story was heartwarming, and I'm so curious on what the "lost world" is.

I didn't run into some of the bugs that others did, I even tried to replicate them to see if it was just one area or multiple. Really the only thing I caught was this:

I tried to cut it as much as possible, so I didn't ruin it for anyone else who was playing. But, I think it's suppose to be "Some part of me always knew that", given the context. (Though my google doc keeps trying to correct it to "knows" instead).

As the others said, given the time frame, I'm amazed how well this was done. It's easy to tell you put a lot of love and hard work in.

I look forward to seeing what else you do.

I'm so happy you took the time to play my game and wrote this! I really appreciate it!

0/10, it was too cute, heartwarming, and well written for me. Doesn't help the fact that the protagonist and his friends fate away in the end.

Really though, I am astonished you did this in the little time there were in the jam. I'll say, I think we found a possible winner for the jam, in my amateur critic opinion. Good work!

Thank you so much for playing!! I'm really happy i got the chance to learn and share my little game with people :)

Hi, amazing game and good job on the story. Just one thing, I had to restart the game a few times because sometimes Noah stopped talking and just had an empty bubble over his head. Still enjoyed it though :)

Thank you for playing! I really appreciate the feedback, I'm working on a fix right now!

Hey! I love the game but I found a bug. If at the end of when the main character is speaking you press e twice quickly it can make the next two sentences combined. it looks like this

Anyways.. the story is amazing!

Thank you for playing my game! I really appreciate your feedback, I'll try to fix the bug as soon as possible!

I loved the game! It was short, but it was packed with so much emotion! The art style is so simple, and perfect for this particular story as well. The message was conveyed very clearly, and I almost shed a tear for the character. It almost felt like I lost something important myself...

There was some words that were missing a letter, but it didn't ruin the overall experience.

Thank you so much for playing! I really appreciate your feedback!

Amazing game dev actually one of the best :D  , i hope you enjoy my gameplay

It's always feel so surreal watching someone play my game, thank you so much for taking the time to play and make a video on my game! It's means a lot to me!

I'm happy that made you happy :D

Firstly, your game page is beautiful and I love the art (this is before playing) It's so good! I genuinely went :0 when I clicked the link :)

Ok so I've finished the game now and honestly the story is so good, I would pretend I didn't cry but I did. This is such an amazing game. I love the art and the characters and the story and the sound effects/music so much.

Thank you so much, it means a lot to me! I'm very happy that you enjoy it :))

A beautiful game with gorgeous art and music and a wonderful message.

Thank you so much for playing! 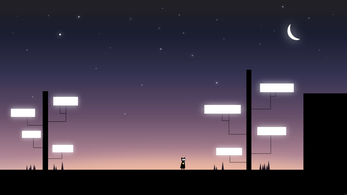 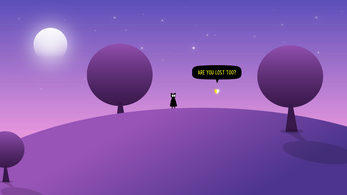 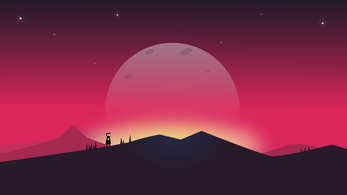